Why do we send our participants daily text message health coaching? Because it works!

A text message a day may keep the doctor away 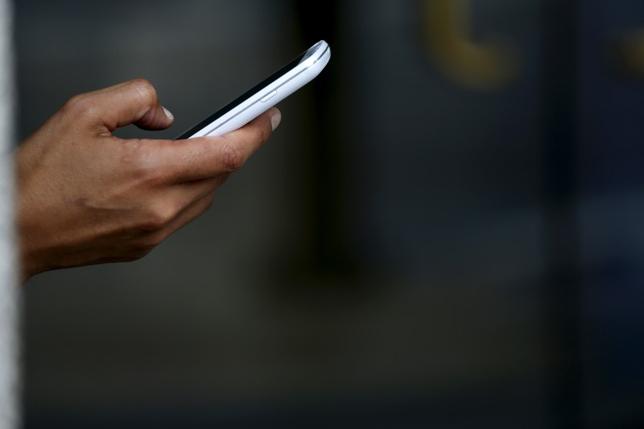 A woman uses a mobile device while working out in San Francisco, California July 21, 2015.
Reuters/Robert Galbraith

Researchers sent four texts a week to about 350 people with heart disease to supplement their regular care with reminders designed to encourage healthier habits. Another group of about 350 patients stuck with their usual care routines but didn’t receive texts.

After six months, patients who got the texts generally had more success reducing their weight, blood pressure, cholesterol and tobacco use than the people who didn’t.

“The benefit to exercise, quitting smoking, and lowering (weight) after six months of text message reminders are substantial,” said lead study author Dr. Clara Chow, a cardiology researcher at the George Institute for Global Health and the University of Sydney in Australia.

“As clinicians, we want to address multiple risk factors in our patients who have had a heart attack,” Chow added by email. “If these risk factors were reduced over the long term we would expect them to reduce the risk of repeat heart attacks.”

Many studies have tested the use of text messaging for helping patients to comply with recommended therapies or lifestyle changes, and not all have been successful. But researchers have kept trying to find a program that works.

As Chow and colleagues note today in JAMA, text messages may be an easy and affordable way to reach patients who need support making lifestyle changes after they go home from the hospital.

Of the world’s seven billion people, six billion have mobile phones – at least one billion more than have toilets or latrines – according to the United Nations.

Globally, 17.5 million people die from cardiovascular disease each year, and most of these fatalities are due to heart attacks and strokes, according to the World Health Organization (WHO).

Tobacco use, an unhealthy diet and physical inactivity may hasten death for these patients, according to the WHO. At the same time, quitting smoking, getting at least 30 minutes of exercise a day, and consuming five servings of fruits and vegetables a day can lower the risk of heart attacks and strokes.

Patients in the study already had at least one strike against them – they were only included after a heart attack, procedures to restore blood flow to the heart, or tests finding serious blockages or narrowing in the arteries.

For the group randomly chosen to receive texts, researchers sent messages on random weekdays at varying times, personalizing the brief missives with patient names and advice on lifestyle changes tailored to their individual needs.

At the start of the study patients were typically about 58 years old and overweight or obese, and many were taking medications to lower their blood pressure and cholesterol. Most were men.

One limitation of the study, beyond its relatively small size, is its reliance on patients to report changes in diet, exercise and smoking habits, the authors acknowledge.

It’s also unclear whether the changes patients experienced might last once the text messages stopped or the optimal number of texts needed to make new habits stick, Dr. Zubin Eapen and Dr. Eric Peterson, colleagues at Duke University in Durham, North Carolina, noted in an editorial.

Even though more research is needed, the study findings suggest that texts may play a critical future role in helping patients make lifestyle changes, Eapen said by email.

“It is likely that this relatively low-tech but high touch means of communicating the daily steps that must be taken for long-term behavior change can be used across both prevention and chronic disease management efforts,” Eapen said.

Manage Cookies
To provide the best experiences, we use technologies like cookies to store and/or access device information. Consenting to these technologies will allow us to process data such as browsing behavior or unique IDs on this site. Not consenting or withdrawing consent may affect certain features and functions.
Manage options Manage services Manage vendors Read more about these purposes
View preferences
{title} {title} {title}